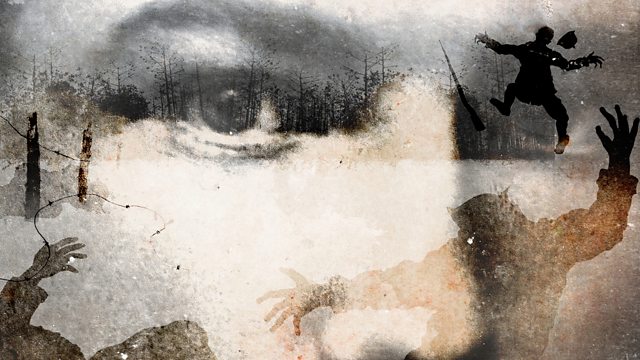 War of Words: Soldier-Poets of the Somme

Documentary detailing the experiences of the poets who served in the Battle of the Somme, including Siegfried Sassoon, Robert Graves, David Jones, Isaac Rosenberg and JRR Tolkien.

The 1916 Battle of the Somme remains the most famous battle of World War I, remembered for its bloodshed and its limited territorial gains. What is often overlooked, however, is the literary importance of the Somme: more writers and poets fought in it than in any other battle in history.

Narrated by Michael Sheen, this film details the experiences of the poets and writers who served in the battle. The work of Siegfried Sassoon, Robert Graves, David Jones, Isaac Rosenberg and JRR Tolkien (who arrived at the Western Front with ambitions to be a poet) was informed and transformed by the battle. Taken together, their experiences allow us to see this dreadful historical event through multiple points of view.

The film uses animation, documentary accounts, surviving artefacts, battalion war diaries and the landscape itself to reconnect this literature to the events that inspired it.

See all clips from War of Words: Soldier-Poets of the Somme (3)

War of Words executive producer Michael Poole says: "Using virtual reality to explore one of the most hard-hitting poems to come out of WW1 really enhances the power of Siegfried Sassoon’s words. We really hope that people, young and old, will find this an illuminating experience to coincide with the BBC's Remembrance Season."