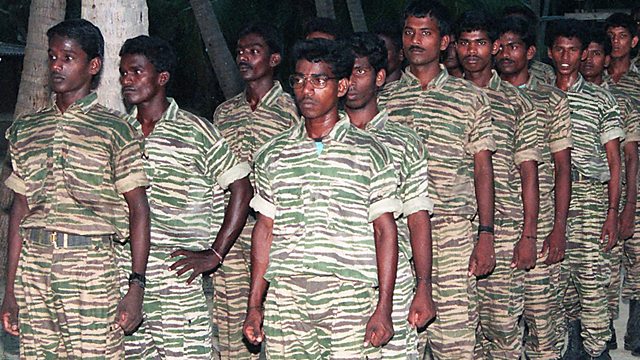 Fergal Keane visits Sri Lanka to reassess the suicide bombers of the Tamil Tigers and the organisation's final, controversial defeat by the Sri Lankan armed forces.

Fergal Keane visits Sri Lanka to reassess the impact of the suicide bombers of the Tamil Tigers.
In 2009, the Sri Lankan government claimed an unprecedented and highly controversial victory in the history of counter terrorism.

After 26 years of conflict, it annihilated the separatist group by military force. In this edition of "Terror Through Time", Fergal Keane returns to Colombo, the capital of Sri Lanka, to recall the Tamil Tigers' long struggle and the way they made one, devastating weapon of modern terror their own.

See all episodes from Terror Through Time