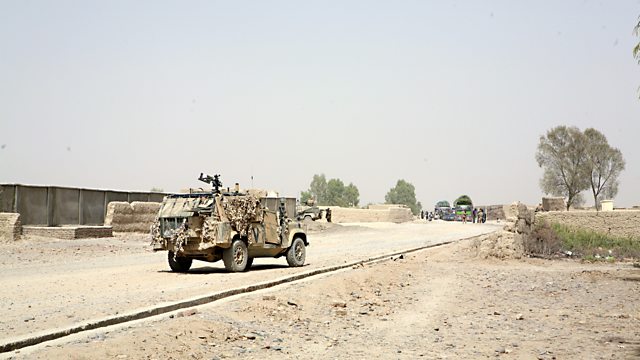 Afghanistan: The Lessons of War

Major General Andrew Mackay, a former commander of British forces in Afghanistan, embarks on a personal journey to find out what has been achieved by the 13-year campaign.

A former commander of British and Coalition forces in Helmand embarks on a personal journey to find out what has been achieved by the thirteen-year campaign in Afghanistan. It is a quest that leads Former Major General Andrew Mackay to some of the key military and political figures of the past decade.

He puts searching questions to former US General David Petraeus and ISAF Commanders General John McColl and General David Richards, to discover if there ever was a coherent strategy for coalition troops.
He reflects on what was achieved in Afghanistan with leading politicians including former US Secretary of Defense Robert Gates and former UK Foreign Secretary David Miliband.
And he looks to the future of the country with a senior figure from the current Afghan government - Mohammad Mustafa Mastoor, Deputy Minister for Finance.

General Mackay also believes that any future interventions should be based on lessons learnt in the Afghanistan campaign. But what are those lessons? He hears from experts who have studied the campaign to help him consider the role he played and to find out what conclusions can be drawn.

Andrew Mackay : "I think whoever you are when you go to an extreme environment such as Helmand, you are never the same person when you come back. I was interested in considering the role that I played as the commander of British forces in Helmand and the journey that it had taken me on."

See all clips from Afghanistan: The Lessons of War (10)