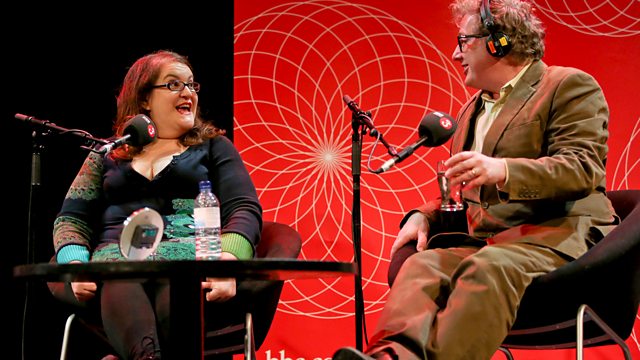 Fear or Wonder: Everything Under the Moon

Matthew Sweet and guests ask whether science fiction and space travel have changed perceptions of the world. With Roger Luckhurst, Naomi Alderman and Alessandro Vincentelli.

Naomi Alderman, Roger Luckhurst and BALTIC curator Alessandro Vincentelli join Matthew Sweet to discuss how science fiction and space travel change our view of this world and to discuss whether the limits of our knowledge about the future make us scared or optimistic? BALTIC's They Used To Call It The Moon brings together artworks to reflect the new space race. The BFI has curated a 3 month season of science fiction film screenings and events around the UK.

Professor Roger Luckhurst from Birkbeck College, University of London has written about J. G. Ballard, a cultural history of science fiction, and about the film Alien for the BFI Classic book series.
Naomi Alderman is a novelist and author of many short stories which consider the future. She is also co-creator of the online game Zombies, Run!
Alessandro Vincentelli is Curator of Exhibitions & Research at BALTIC and has curated the exhibition They Used to Call it the Moon which runs until January 11th.
The Star and Shadow cinema in Newcastle is running a series of science fiction film screenings and events.

Recorded in front of an audience at Sage, Gateshead as part of Radio 3's Free Thinking Festival of Ideas. Part of a series of programmes on BBC Radio 3 exploring science fiction.

The Cost of Free Information—2014 Festival