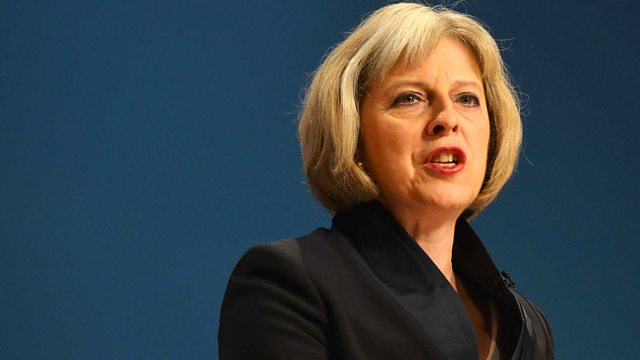 For those who think her political lineage seems directly descended from the Iron Lady, Theresa May's metal has certainly been stress-tested in the past few weeks. She's apologised twice in parliament for having failed to appoint a suitable head to lead the historical child abuse inquiry; a minister in her department resigned, claiming working with her had been like "walking through mud". Then there has been the controversy over the non-vote on the European Arrest Warrant and finally news this week that 1 in 5 crimes are unrecorded.

Just as well that she has a reputation as a woman who knows her own mind and is willing to speak it. She famously said the Conservatives were perceived as the 'nasty party'. Her excoriating speech to the Police Federation dealt head on with long-term corruption and incompetence in their ranks and was received with stunned silence.

So unflinching, resilient, driven and, if a recent poll is to be believed, a popular choice among Conservative voters to be the next Prime Minister. She has, so far, remained tight-lipped on any ambition to lead her party.

She says, "I think you have to believe in what you're doing - that's key. If you do believe you are doing the right thing - that gives you resilience".

See all clips from Rt Hon Theresa May (2)