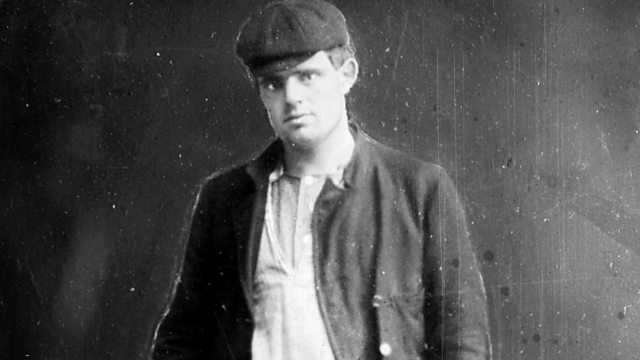 Aminatta Forna explains how the vivid descriptions of the wilderness in the works of Jack London had a crucial influence over her, telling also the story of his turbulent life.

Jack London created the mould for a particular kind of hard living writer; long before Hemingway picked up his first whiskey bottle, London was off out on dangerous adventures to the Klondike Gold Rush, the front lines of the Sino-Russian war, and round the world on a boat that cost him millions and nearly cost him his life; his chronic alcoholism finally proved his undoing. Before he did finally die at the age of 40, London managed to write some of the most popular stories ever to emerge from America, including 'White Fang' and 'Call of the Wild'. It was these books that Aminatta Forna first immersed herself in as a child growing up in Sierra Leone, feeling the chill of snow covered landscapes London described so vividly as she lay reading in the intense West African heat. Now a writer herself, she shares many of London's passions, including wild animals and the natural landscape; it's no co-incidence that her new novel has at its heart a man who tracks wild dogs, and in 'London Calling' we accompany her to the forests of New England where she tracks coyotes and unpicks the influence London's writing has had on her. Along the way she'll find out about his extra-ordinary life and the great success of his work; author Tobias Wolff tells us that London's influence on him was so powerful that in his teens he chose to be re-christened as Jack before his father forced him to change back to Tobias. We also hear from George Monbiot about the appeal London has for him as a writer who so vividly depicts the rawness of the wilderness in contrast to the drudgery of civilisation. London said that he'd, 'rather be ashes than dust,' that he,'would rather that my spark should burn out in a brilliant blaze than it should be stifled by dry-rot.' As Aminatta Forna will explain, very few writers could claim to have burned so brightly.