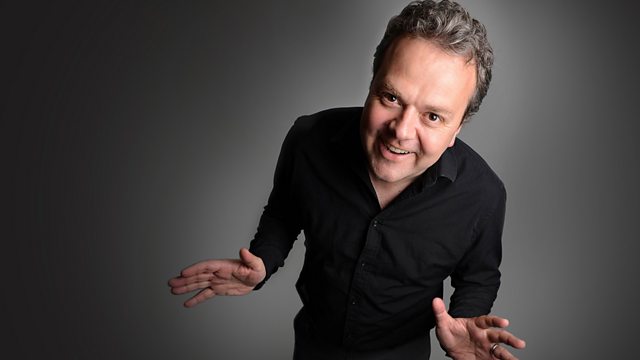 The stay-at-home Dad must stand in for his busy wife making a talk at their daughter’s school. Stars Hal Cruttenden. From 2014.

Comedian Hal Cruttenden stars as a stay at home father who is having a mid-life crisis.

Hal stars as himself, married to Sam and father to two lovely girls. The problem is that, as Sam's career blossoms internationally and daughters Lilly and Molly grow up and are no longer dependent on their loving and caring father, Hal feels restless.

So, with the help of his ever unreliable mates Doug, Fergus and Barry, Hal decides to try new things in his life. But, inevitably, things don't go to plan!

Further challenges come from Hal's now deceased father, who was a true adventurer and all-round hero (something his son sadly is not) and is starting to appear to Hal at the most inopportune times to give unwelcome advice.

In this opening episode, Hal is arranging a special romantic getaway for Sam with some difficulty, Lilly and Molly are becoming almost strangers to Hal, his friend Fergus thinks he's finally found love, and Hal is forced to replace Sam in making a talk at the girls' school as Sam has to go on a work trip abroad.

See all episodes from Hal