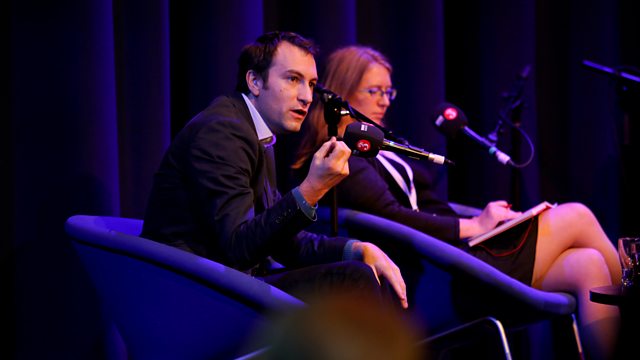 The Cost of Free Information

As part of the 2014 Free Thinking Festival, Jodie Ginsberg, Rufus Pollock and Kenneth Cukier join Rana Mitter to debate whether the internet can make knowledge open to all.

Against a backdrop of perceived excess of intellectual property, and problems that require solving with a matter of urgency, Rana Mitter and his panel test the promises of the internet to spread ideas quickly and democratically.
Jodie Ginsburg is the Chief Executive of Index on Censorship and former London bureau chief for Reuters.
Dr Rufus Pollock is Founder and President of Open Knowledge, an international non profit organisation which promotes making data and information accessible.
Kenneth Cukier is Data Editor for The Economist magazine.

From advocates of open source who claim that information should be set free from to new economic models that purport to place cooperation over competition, the discussion looks at what these changes mean and how they ripple out to affect our behaviour offline as well as on - disrupting notions of ownership and originality.

Recorded in front of an audience at BBC Radio 3's Free Thinking Festival of Ideas at Sage Gateshead. The festival theme this year was the limits of knowledge.

Fear or Wonder: Everything Under the Moon—2014 Festival