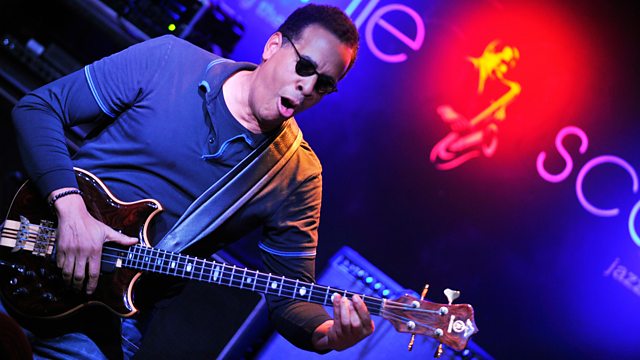 Jez Nelson hosts a special edition of Jazz on 3 live from Ronnie Scott's jazz club in Soho on the opening night of the 2014 EFG London Jazz Festival.

As ever the programme features exclusive performances from some of the most sought-after acts at the festival, celebrating the breadth and quality of the jazz scene today. The line-up includes virtuosic bassist Stanley Clarke with his new band, and one of the most important British jazz musicians of the last 40 years, reeds player John Surman, in a duet with vocalist Karin Krog. Also on the billing are South African drummer Louis Moholo-Moholo, in a quartet with leading British improvisers; and star singer-songwriter, Dee Dee Bridgewater, performing an intimate late-night set.