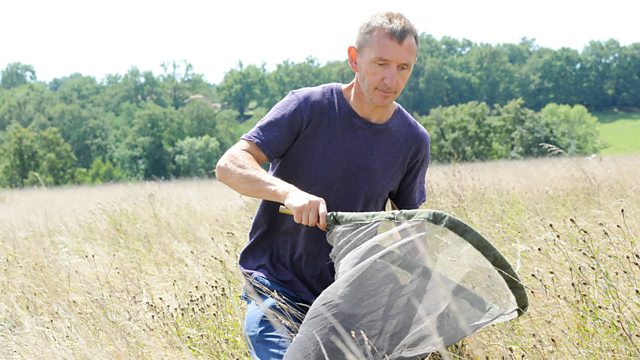 Prof Dave Goulson has been obsessed with bees since he was a child. He talks to Jim Al-Khalili about conserving bumblebees and how some pesticides are harming them.

Professor Dave Goulson has been obsessed with animals since he was a child. He collected all kinds of creatures and went as far as doing home made taxidermy. He's now Professor of Biological Sciences at Sussex University where he specialises in bumblebees. Dave Goulson talks to Jim al-Khalili about how he took five years to work out how bees know which flowers to go to for the most nectar, and why he set up a charity to encourage the public and farmers to plant more flowers for bumblebees to feast upon.

Recently Dave has found himself in a media storm as he's been studying the effects of pesticides called neo-nicotinoids on bumblebees. After he and others published research showing that the neo-nicotinoids have a detrimental effect on the foraging of bumblebees, the EU has brought in a temporary ban on some of them. But some farmers say that their harvests will be poor if they can't use these pesticides. Dave and Jim discuss the balance between conserving nature and feeding people.