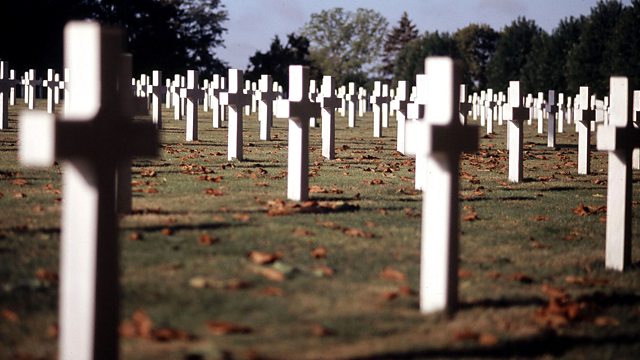 God and the Great War

Frank Cottrell Boyce explores the impact of WWI on religious belief and practice on the military front and at home, including why the war may even have been 'good for religion'.

Frank Cottrell Boyce explores the impact of the First World War on religious belief and practice on the military front and at home.

Conventional wisdom has it that, if the Great War didn't actually kill God, it did him great injury. This programme challenges that narrative. In many ways religion flourished; old practices revived, fresh idioms found, Christian language and symbolism co-opted in the war effort.

In this documentary, Frank Cottrell Boyce explains why the First World War may even have been "good for religion." He tells the stories of the "Young Crescent" newsletter which connected a Liverpool church with its boys on the front line, the mushrooming of churches around the Gretna munitions settlement, and the Brighton Pavilion hospital, set up to cater for the medical - and religious - needs of India's war wounded.

The kind of religion that flourished during the war was neither denominational nor dogmatic Perhaps that's why religious observers failed to recognise it at the time. Later it would come to be described as "diffusive Christianity" - eclectic, personal and practical. The religious role of women became important when pressure from bereaved mothers and wives forced the re-introduction of "popeish" practices such as street shrines and prayers for the dead. Perhaps the war even broadened the British perspective on non-Christian faiths. Until the war, India's Hindus, Sikhs and Muslims were Britain's colonial subjects in need of a firm hand by Government and of conversion by missionaries. Now they were fellow fighters for the Empire.

And with Armistice Day, a new date was added to the nation's religious calendar. One hundred years on, remembering has become our national act of communion.

The Gospel According to Joan

In the Shadow of the Tower (Exhibition Exposed)