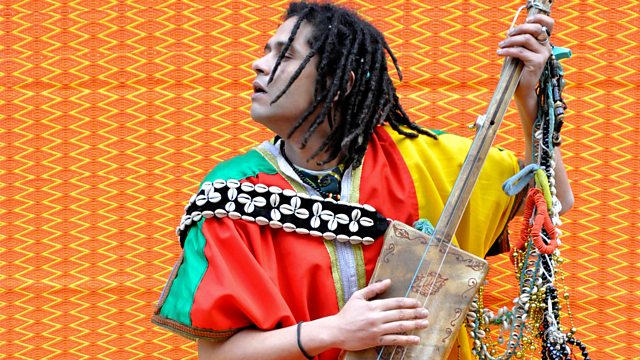 Lopa Kothari presents new music from around the world and a live studio session from Moroccan gnawa player Simo Lagnawi.

With his band including Samir Nacer, Said Boussaod, Abdelmajid Shili and Griselda Sanderson, singer and guembri player Simo Lagnawi brings the mystical music of the Gnawa to the World on 3 studio. The Gnawa music of Morocco is seen as powerful music for healing, a hypnotic music intended to induce deep trances and a spiritual high. After becoming a Gnawa master in Morocco, Simo moved to London, and has released two albums here. He has been nominated for Best Newcomer as well as Best Artist in the 2014 Songlines Awards.