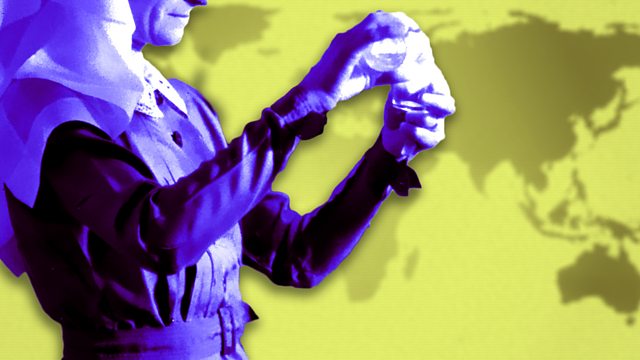 15 Minute Drama Writing the Century: Passages from Empire
Episode 1 of 5

Ina has to come to terms with being posted in Mauritius, while Gwladys relishes the snowy challenges of her Newfoundland posting.

The latest in the Writing the Century series, based on real life letters and diaries of extraordinary ordinary people.

For 70 years The Colonial Nursing Association sent hundreds of hard working, adventurous nurses to work all over the then British colonies. Writer Vanessa Rosenthal discovered some of their striking correspondence housed in the Bodleian Library, Oxford, during her time as writer in residence at Kings College, London. By the 1920s these intrepid women, nearly all of them with lives marked by loss after the First World War and the need to provide for themselves, were marching across the globe.

Ina Crafer, in her early 40's, struggled to make ends meet in Africa; Gwladys Hughes, in her late 30's, loved the challenges and hardship that nursing in an extreme Northern climate offered. Through their own words, we discover the daily minutiae, trials, tribulations and great rewards of nursing life abroad for this generation of women who were ahead of their time.

The radio plays are based on research funded by the Wellcome Trust at the Centre for the Humanities and Health in collaboration with Prof. Anne Marie Rafferty, Drs Jessica Howell, Rosemary Wall and Anna Snaith, King's College, London.

Episode 1
Ina has to come to terms with being posted in Mauritius, while Gwladys relishes the snowy challenges of her Newfoundland posting.