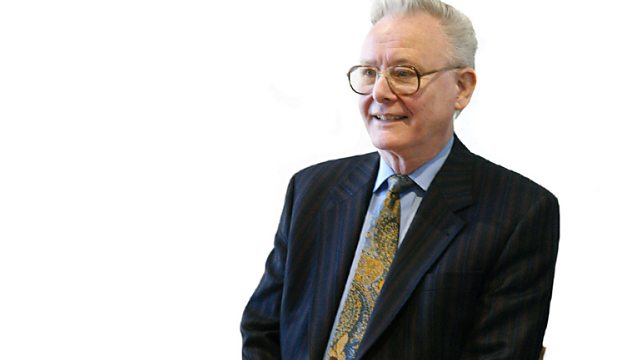 Sue Lawley's castaway is the Nobel prize-winning physicist Sir Peter Mansfield. His work in magnetic resonance imaging more than 30 years ago led to the development of the MRI scanner, which has revolutionised the diagnosis of illness today.

He was born in London before the Second World War and as a boy, remembers the first Doodlebug attack on the capital. Watching the flying bombs gave him an interest in rocket propulsion which was to lead to a life-long career in science. The son of a gas-fitter, he left school without O levels at the age of 15. His school careers' officer had laughed at his ambition to be a scientist and fixed him up with a job as a printer. He put himself through night school, and went on to graduate with a first class degree in physics.

The first MRI scan was performed using him as the guinea-pig and with next-of-kin on hand because of the risks involved. His pioneering research was carried out at the University of Nottingham where he became Emeritus Professor of Physics. In 2003 he was jointly awarded the Nobel Prize for Medicine at the age of 70.