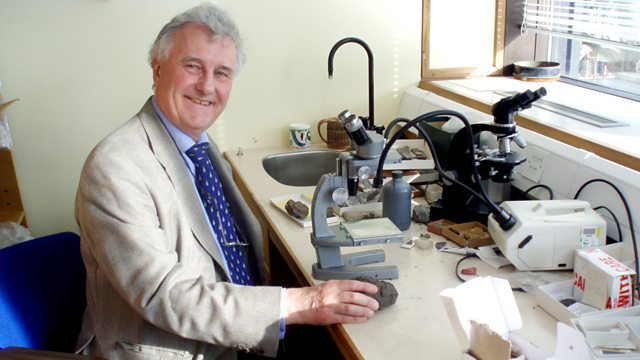 Palaeontologist Richard Fortey says naturalists are born, not made, and he tells Jim Al-Khalili how his childhood fascination with fossils, flowers and fungi shaped his career.

Richard Fortey found his first trilobite fossil when he was 14 years old and he spent the rest of his career discovering hundreds more, previously unknown to science.

Professor of Palaeontology at the Natural History Museum, he talks to Jim Al-Khalili about why these arthropods, joint-legged creatures which look a bit like woodlice and roamed the ancient oceans for almost 300 million years, are so important for helping us to understand the evolution of life on our planet.

These new trilobite fossils were found at an exciting time for the earth sciences because of the emergence of plate tectonics. The discovery of communities of trilobite fossils could be used to reconstruct the shape of the ancient world and Richard used the new discoveries to help map the geologically very different Palaeozoic continents and seas.

He admits that he's a born naturalist, fascinated by all aspects of the natural world (he's a leading expert on fungi) with a powerful drive to communicate its wonders to a wider public. His books and TV programmes on geology, the evolution of the earth, fossils as well as the creatures that survived mass extinctions have brought him a whole new audience.

And Richard reveals to Jim an earlier secret life, as a writer of humorous books, all written under a pseudonym.