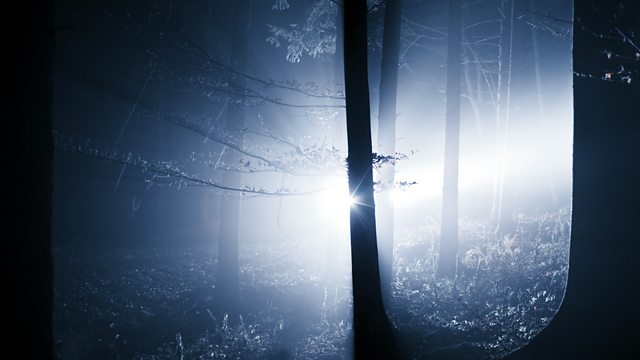 Paul Evans narrates a ghostly tale inspired by the true story of Alice Glaston who was the youngest person to be hung in Tudor England. Starring Bettrys Jones.

A radio poem inspired by the story of Alice Glaston, who at eleven years old, is the youngest person ever hung in England. Alice Glaston was hung from the gallows tree in Much Wenlock in Shropshire in 1545. When writer Paul Evans who was born here, later returned to live here and discovered the story of Alice Glaston from a passing reference in a local history book, he was both shocked and intrigued. The more he thought about the story, and walked the same places Alice walked; the more he stood in the spot where the gallows tree once grew, the more he felt a responsibility to tell the story. This poem links Alice with the landscape, which in some sense still contains her, and back to the memory of the people.
This ghostly tale spans almost five centuries (from the dissolution of the monasteries to the present day). Alice is a benign presence; through her we see the landscape in a different way. Her story elicits compassion and stimulates the imagination. Beautiful landscapes have dark histories. Some events are so powerful they leave a trace of themselves as a memory in the place where they occurred. Like mud in a pond stirred up by someone poking around, these memories are recovered from the place and take on a life of their own. Alice became part of the landscape but a forgotten ghost. For Paul, this telling is a way to free Alice's ghost; she should not be brushed out of history because she represents an uncomfortable truth; she should not be forgotten. With the passage of time and the seasons, her story does not die, but is relived and retold.
It is the landscape and its stories which have inspired this poem, and this landscape is powerfully evoked through sound recordings by Chris Watson. Alice is played by Bettrys Jones.
Producer: Sarah Blunt.

This is programme is available to download for free via the 'Best of Natural History Radio' podcast.

Paul Evans is a lecturer in creative writing at Bath Spa University and is the leader of the MA Travel and Nature Writing course. He is a freelance nature writer and radio broadcaster, a contributor of Country Diaries for The Guardian since 1992, as well as Nature Watch columns for the Guardian Weekly from 1994-2008.

He has also written feature articles for The Guardian and for magazines such as BBC Wildlife, Geographical, The National Trust Magazine, Natural World and Country Living. His radio broadcasting began with reports for Costing the Earth on BBC Radio 4 then moved to the BBC Natural History Unit as a regular writer and presenter of Radio 4 programmes such as Nature, and more recently providing pieces for World on the Move and Saving Species; feature programmes based on creative landscape writing and sound such as Wicken Fen, Islay, The Wrekin, Orford Ness, Dungeness; and a presenter of the natural history programme, The Living World.

Bettrys Jones is an actress currently working with the BBC Radio Drama Company. Prior to this she played in National Theatre Productions of Edward II and War Horse as well as West End productions Wait Until Dark and the Royal Shakespeare Company productions of A Midsummer Night's Dream and The Comedy of Errors. She also appeared in the television series Skins and the film Private Peaceful.

Chris Watson is one of the world's leading recorders of wildlife and natural phenomena, and for Touch he edits his field recordings into a filmic narrative. For example. the unearthly groaning of ice in an Icelandic glacier is a classic example of, in Watson's words, putting a microphone where you can't put your ears.

Watson has recorded and featured in many BBC Radio productions including; ‘The Ice Mountain', ‘The Reed Bed’, ‘The Ditch’, ‘The Listeners’ and ‘The Wire’ which won him the Broadcasting Press Guild’s Broadcaster of The Year Award (2012). His music is regularly featured on the BBC Radio 3 programme ‘Late Junction’.