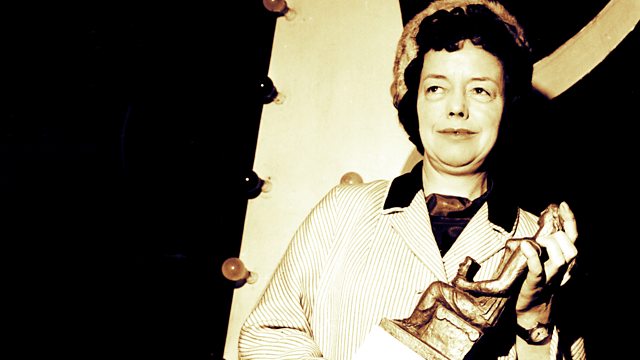 The Gospel According to Joan

A portrait of the life and legacy of theatre director Joan Littlewood, with remembrances by actors and writers who knew her, as well as the voice of Littlewood herself.

This is a personal, detailed portrayal of British theatre's favourite rebel, Joan Littlewood, and her legacy, on the 100th anniversary of her birth, with contributions from those who knew her best - actors and writers.
For playwright David Hare she offered 'a red hot reinterpretation of the world'. Howard Brenton learnt from her that 'you could do anything' on stage, and Southbank director Jude Kelly was blown away by the sheer vitality of her work. Joan Littlewood herself adds trenchant observations about the class struggle, the Arts Council, and 'giving actors hell'.
Actor Brian Murphy found himself pelted with chocolates by a Paris audience after a shattering performance of Littlewood's 'Oh What A Lovely War'. Nigel Hawthorne says he was almost destroyed by her piercing criticism. Richard Harris had to strip to the buff at his audition, while Barbara Windsor thought she was chatting to the theatre cleaner, only to find that the cleaner was Joan Littlewood and that her audition had already taken place in the foyer that Littlewood was scrubbing down.
The programme traces the development of the Company from its 1930s origins in Ewan MacColl's political street theatre, to the arrival, in the 1940s, of Jean Newlove (now a sparky 91 year old) who brought the Laban movement techniques that gave the Company its physical attack. Her assistant in the 1960s, director Philip Hedley, recalls how, for Littlewood, danger was her safety. She pushed every idea and every player to the limit.
And as for the famous cap that Joan Littlewood always wore, Brian Murphy remembers that when the play had gone well she threw it in the air, but when she wasn't happy, she threw it on the ground and stamped on it, and that sometimes happened during the interval.

Enter the Dragon: Chinese Theatre in the 21st Century

God and the Great War