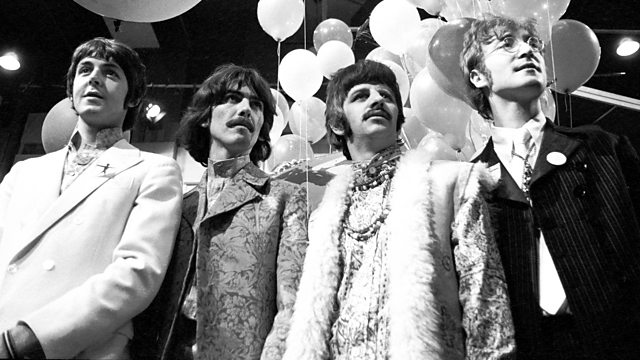 Hidden Histories of the Information Age
Episode 3 of 5

Aleks Krotoski looks back to June 1967, when 400 million people across the globe watched a groundbreaking TV show, Our World, the first programme linking countries by satellite.

On June 25th 1967, 400 million people across the globe watched a ground-breaking TV show. It was called, in English, OUR WORLD and it was a feat beyond technological imagination: it was the first programme that linked up countries live by satellite. So everyone was watching what was happening on the other side of the world - or possibly next door - at the exact moment in time when it was actually happening.
In our modern, 24-hour news world, it's hard to understand just how monumental this was, both technologically and politically. It was the golden age of television. Youth culture had a voice that was about to get much louder. International diplomacy was stretched to breaking point. And our world was rapidly shrinking.

Aleks Krotoski tells the story of how the programme came about. She talks to curators from the Science Museum.

The yellowing pages of Our World's original script is one of the exhibits in the new Information Age gallery at the Science Museum. It tells the story of the evolution in how we communicate with one another. The objects in the exhibition represent cultural moments from the last 200 years - not just technological innovations.

See all episodes from Hidden Histories of the Information Age