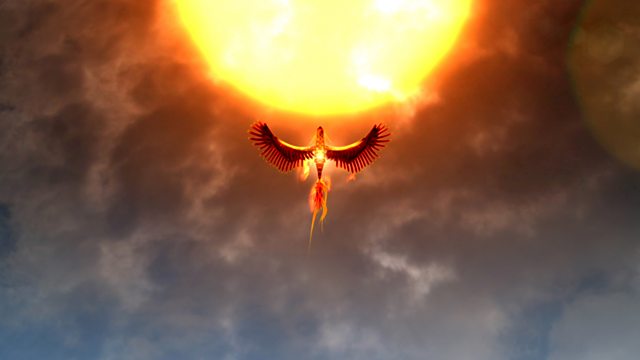 Performances by the BBC National Orchestra of Wales are mixed with live action and magical animation to open up the world of classical music to children.

An inventive and immersive cinematic film with a mission to inspire a generation of children, mixing performance, live action and animation to explore the wonders of classical music, filmed on an epic scale in an aircraft hangar outside Cardiff.

Thomas Søndergård conducts the BBC National Orchestra of Wales in performances of works from the baroque to the contemporary. They are introduced by a host of celebrities including Claudia Winkleman, Blue Peter's Barney Harwood, CBBC's Khalil Madovi and singers Laura Mvula and Katy B, aided by playful and magical animation.

The pieces range from Mozart's Horn Concerto and the famed opening of Beethoven's Fifth Symphony to the driving rhythms of John Adams's Short Ride in a Fast Machine. There is also a brand new body percussion piece, Connect It, specially commissioned for the project and performed by youth group Drum Works.

The film is the opening fanfare of the Ten Pieces project - an ambitious BBC initiate to inspire primary aged children to get creative with classical music.

See all episodes from Ten Pieces

Visit the Ten Pieces homepage for the latest news and resources 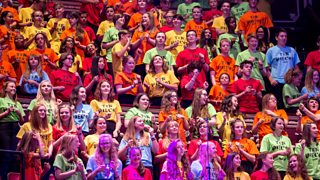 We're aiming to open up the world of classical music to a new generation of children.