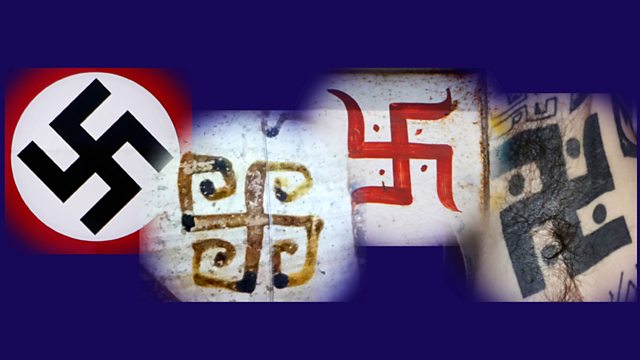 A symbol of fascism or a universal sign for good luck? Mukti Jain Campion uncovers the long history of the swastika and examines calls for it to be reclaimed from its Nazi links.

For most people in the West, the swastika remains inextricably linked to the atrocities committed by the Nazis in the last century. But there have been calls to reclaim the symbol from its Nazi links and restore its origin as an ancient symbol signalling good luck. Many people find the idea deeply offensive.

So can these two views ever be reconciled? Mukti Jain Campion examines the symbol's long and surprising pre-Nazi history and discovers how the Nazi adoption of it is based on a mistaken interpretation of ancient Indian texts.

She talks to historians, visits the world's oldest identified swastika in Ukraine, meets a tattoo artist in Copenhagen with a mission to revive the ancient symbol and hears what the swastika means today to a 93 year old Jewish holocaust survivor.