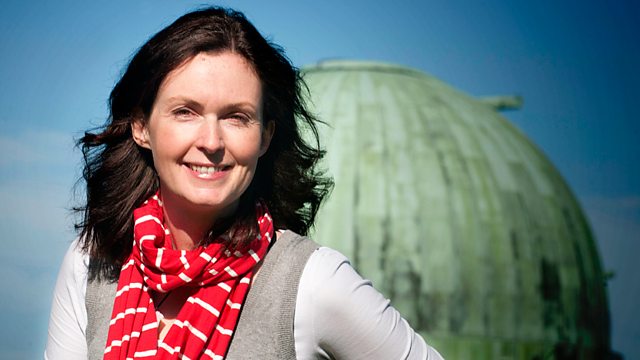 The 'Hobbit' skeleton has transformed theories of human evolution but, as Dr Lucie Green finds, it is still raising more questions than answers ten years on from the find.

It's 10 Years since an unusual skeleton was unearthed on the island of Flores. This species, Homo floresiensis, dubbed 'the Hobbit' because of its short stature, offered a whole new picture of human evolution and has been causing divisions among scientists ever since. Lucie visits Professor Chris Stringer in the Natural History Museum to pick over the bones of a controversial find.

Tall parents tend to have tall children. We already know that height is genetic. Less well known is how various genes control the growing process. Recent research from the University of Exeter found nearly 700 genetic variants that play a role in influencing a person's height. Professor Tim Frayling, a lead author, explains how the work, which involve scanning more than a quarter of a million genomes, could help with disease, forensics and predicting a child's adult height.

Great ball of fire. The Sun throws out more than just light and heat; for solar scientists, it is also a source of many mysteries. Why is the surface of the sun less hot than its corona, or outer atmosphere? New research using the NASA satellite telescope, IRIS, or the Interface Region Imaging Spectrograph is providing new insights.

Earlier this month, a group of more than 100 snail experts (malacologists) from across Europe gathered in Cambridge to discuss the latest research into molluscs - the group of animals that includes everything from squid and octopus in the seas to slugs and snails on land. After three days of lectures, the malacologists were let loose in the Cambridge Botanic Gardens. Reporter Helen Scales went with them on a snail hunt.

The Making of the Moon