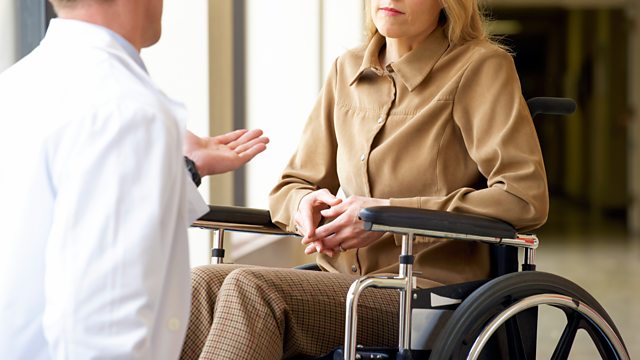 Disability benefits; School bus fares; Are we back in love with carpet?

Winifred Robinson investigates claims that government fitness-to-work tests are 'farcical' for those suffering from progressive illnesses like Parkinson's or motor neurone disease.

New research from a group of five charities - the MS Society, Parkinson's UK, Motor Neurone Disease Association, the National Rheumatoid Arthritis Society and The Cystic Fibrosis Trust - shows that thousands of people with progressive illnesses are having to do what the charities call "farcical" fitness to work tests, causing them financial stress and anxiety.

The Business Growth Fund has just announced a ten million pounds investment in the parent company of Victoria Carpets - a 100 year old manufacturer of floor coverings. We ask if we're forsaking bare floorboards for something more comfy... and warm.

Students in England now have to stay in education or training until they're 17. Next year it rises to 18. But most local authorities - outside of London - only help towards the cost of getting to school if you live within a certain distance and if you're under 16. Is this fair?