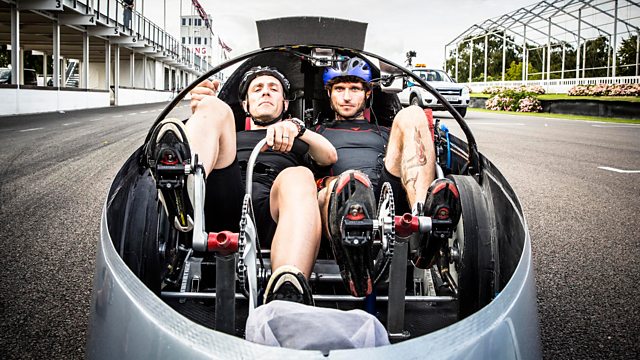 Guy Martin is a lorry mechanic, motorcycle racer and presenter. In his new series Speed on Channel 4 he attempts to set new speed records by using the very best of British engineering talent. Among his record attempts he rides a motorbike in the Pike's Peak International Hill Climb in Colorado, racing to an altitude of over 4000m. He also has a go at setting the record for the furthest distance covered in 24 hours on a tandem recumbent. Speed with Guy Martin is on Channel 4.

Sofka Zinovieff is the granddaughter of Robert Heber-Percy, nicknamed The Mad Boy, and Jennifer Fry. Robert Heber-Percy was the companion of the flamboyant writer, composer and artist, Lord Berners. The couple lived at Faringdon House in Oxfordshire where many of the great minds, beauties and wits of the day would spend weekends including Stravinsky, Picasso and Gertrude Stein. Sofka inherited Faringdon House from her grandfather and writes about her family in The Mad Boy, Lord Berners, My Grandmother and Me, published by Jonathan Cape.