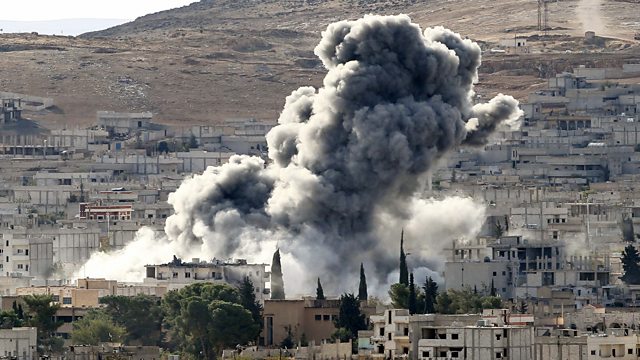 Can the PM Go to War?

Joshua Rozenberg asks whether the prime minister needs to seek consent from Parliament before committing Britain to military action overseas.

The House of Lords votes this week on a government proposal to increase the sentence for internet trolling to two years. We ask Baroness Deech QC - herself a victim of trolling - what she thinks of the idea.

Also: with British military aircraft now deployed against the forces of Islamic State in Iraq, we ask whether the Prime Minister needs to seek consent from Parliament before committing British forces to action overseas.

Did the vote in the House of Commons in 2013 rejecting military action against President Assad of Syria create a convention that should now be followed in all cases? We hear from Sir Malcolm Rifkind, chair of the House of Commons Intelligence and Security Committee, and Gavin Phillipson of Durham University.

The Minister of Justice and Lord Chancellor, Chris Grayling, gave evidence last week to the House of Lords Constitution Committee. He was asked whether the Lord Chancellor should be a lawyer. Mr Grayling, who is not a lawyer, didn't think so. But what do others think? And does it matter?

And TV justice: we talk to the criminal barrister Robert Rinder who, as "Judge Rinder", is attracting large audiences to his ITV show, in which he adjudicates on real disputes.