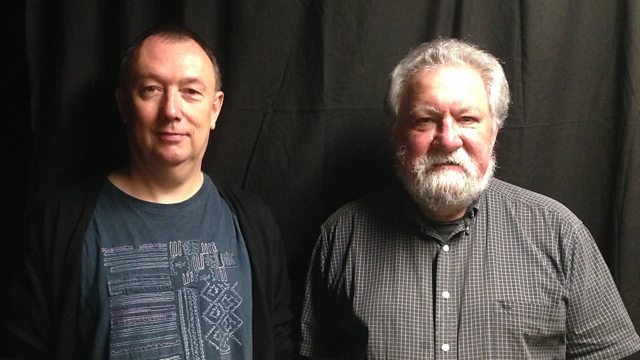 70 this year, Evan Parker has been at the heart of the British and international free-jazz scene for half a century. Working on both sides of the Atlantic in ensembles both large and small, his collaborations read like a roll call of improvised music's great and good: Cecil Taylor, Anthony Braxton, Derek Bailey, Alexander Von Schlippenbach, Kenny Wheeler, and recently, electronic artist Squarepusher. Yet he's best loved for his solo playing. 'One of the music's greatest living instrumentalists' according to The Times, Parker uses a range of complex techniques (circular breathing, split tonguing, overblowing, multiphonics, cross-pattern fingering) to create organic, immersive and hypnotic musical worlds.

2014 also sees John Butcher turn 60. Originally a physicist studying Quarks, Butcher left academia in the 1980s to form the London Improvising Ensemble with pianist Chris Burn, as well as a soprano saxophone quartet with Evan Parker. His solo playing explores electronic techniques like multi-tracking as well as the outer limits of feedback and extreme acoustics: "Some of the best bits come when you're playing near the edge of your control and knowledge. When the music's working, I think it creates its own connections and shapes that are more interesting than ones you might have tried to consciously impose."