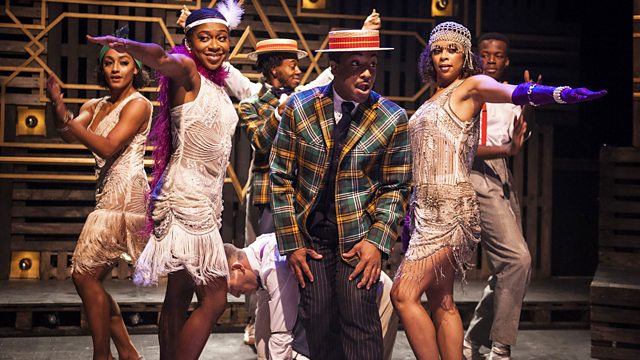 Tom Sutcliffe and guests discuss Grayson Perry at the NPG, Brad Pitt and Fury, Dance Umbrella: Harlem Dream, Per Petterson's novel I Refuse, and child abduction in The Missing.

Grayson Perry's new exhibition at London's National Portrait Gallery is called "Who Are You". Through pots and paintings, a hijab and tapestry it explores the nature of identity.
Brad Pitt's latest film Fury follows a tank crew towards the end of WW2, when a rooky soldier joins the grizzled old conflict-hardened team in the hell of war.
London's Young Vic Theatre plays host to Dance Umbrella 2014. We'll be reviewing Harlem Dream - a work by young British choreographer Ivan Blackstock in which The Harlem Renaissance collides with hip hop.
Norwegian writer Per Petterson's 2003 novel Out Stealing Horses won critical acclaim. His newest 'I Refuse' has been hailed as a masterpiece in Norway - what will our panel make of the newly published English translation?
And every parent's nightmare - a child disappears on a family holiday - is the plot of BBC1's new drama The Missing, which stars James Nesbitt.

Dance Umbrella/Young Vic production A Harlem Dream is at the Young Vic in London until 1 November 2014. Main Image: The company of A Harlem Dream. Photo by Chris Nash.

I Refuse by Per Petterson is published by Harvill Secker.

Written and directed by David Ayer, Fury is in cinemas from Wednesday 22 October, certificate 15.

Grayson Perry: Who Are You?

An exhibition at the National Portrait Gallery in London, Grayson Perry: Who Are You? is on display until 15 March 2015.