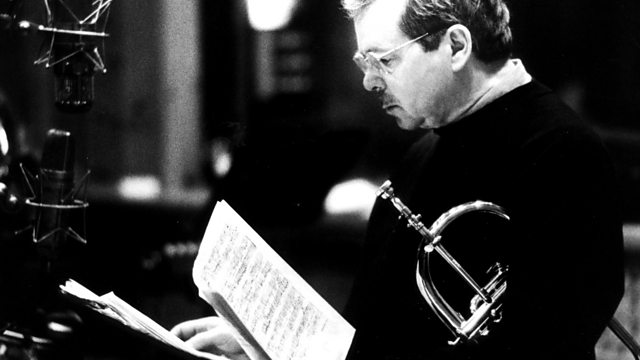 Jez Nelson presents a tribute to the late trumpeter and composer Kenny Wheeler. With archive live performances and tributes from musical colleagues of Wheeler's.

Jazz on 3 remembers trumpeter and composer Kenny Wheeler who sadly passed away just over a week ago, aged 84.

Originally from Toronto, Kenny Wheeler moved to the UK in his early twenties and over the course of a half-decade became one of the most cherished musicians on the British scene. His trademark composition style and haunting horn sound inspired a generation - making his mark through projects ranging from free improvisation with Anthony Braxton, to Azimuth with John Taylor and Norma Winstone, to his famed big band work and recordings for ECM.

John Fordham and Nick Smart join Jez Nelson in the studio to celebrate Kenny Wheeler's life and music, revisiting a number of archive live performances recorded by the BBC over the years. Plus, we hear from many of Wheeler's musical colleagues who join in paying their tributes.