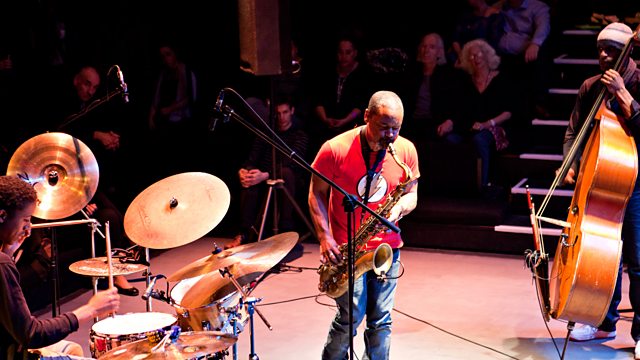 Jez Nelson presents Triumvirate in concert at the Vortex, London.

Triumvirate is led by saxophonist, Denys Baptiste - part of a generation of black British jazz musicians that emerged in the Tomorrow's Warriors collective in the 1990s, following in the footsteps of the likes of Courtney Pine and Julian Joseph. He's joined in this new trio by another member of that generation, bassist Larry Bartley, plus one of the most exciting young drummers on the British scene, Moses Boyd, to perform an improvised set that draws on songs by Gnarls Barkley, D'Angelo and Cyndi Lauper among others.