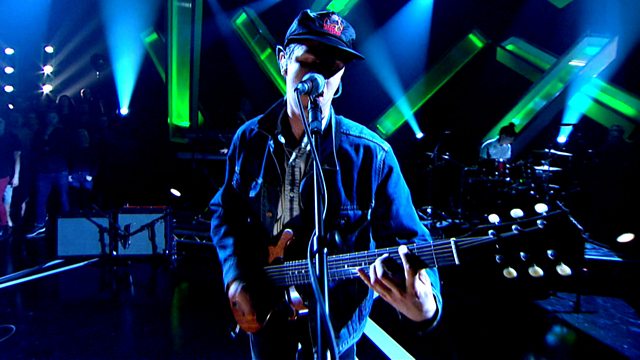 Joining Jools on the third show of the series is south London's Jamie T, who is back after a five-year absence with his third LP Carry on the Grudge, blending urgent rockers like Zombie and ballads like They Told Me It Rained with the old urgency and a new maturity.

From Birmingham, legendary voice of iconic UK reggae outfit UB40, Ali Campbell, who has reunited with original fellow band members Astro and Micky on new album Silhouette, which is a mix of new songs and reggaefied versions of classics by the Beatles, Bob Dylan and the Chi-Lites.

Also on the show are north London producers Kye 'Foamo' Gibbon and Matt 'RackNRuin' Robson-Scott, also known as Gorgon City. They perform their chart smash Ready for Your Love, which features the exciting new voice of MNEK, along with another floor-filler from their upcoming Sirens album.

Also from the US and based in Minneapolis, singer songwriter Chastity Brown who critics have dubbed a 'rocking and rolling encyclopaedia of roots music'.