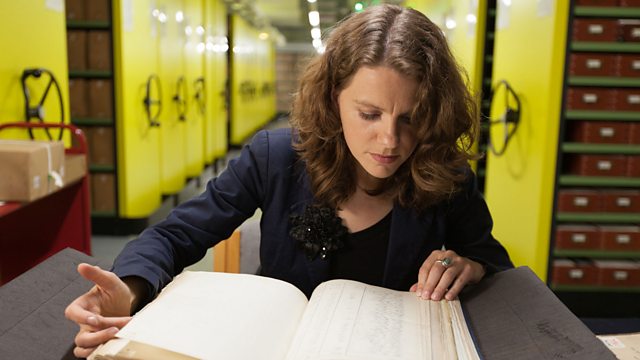 The untold story of HMS Timbertown, where sailors from Lewis became prisoners of neutrality.

Angela MacLean brings us the untold story of HMS Timbertown where sailors from Lewis became prisoners of neutrality. After the fall of Antwerp in October 1914, 1,500 men from Winston Churchill's newly formed Royal Naval Divison crossed the border into the neutral Netherlands to evade capture from the German Army.

Incredibly, 102 men from that number came from the Isle of Lewis. These men would be interned in a camp in the Netherlands for the duration of the war. For the first time, Angela MacLean retraces the journey they took through the fort at Antwerp, to the border crossing with the Netherlands and finally to the town of Groningen where wooden huts were built to house the men in a camp which became known as HMS Timbertown.

Angela uncovers what life was like in the camp: from the highs of the football matches, to the lows of failed escape attempts and the reality of death.

Gilleasbuig MacDonald with a snapshot of events from World War I

See all galleries from HMS Timbertown (2)