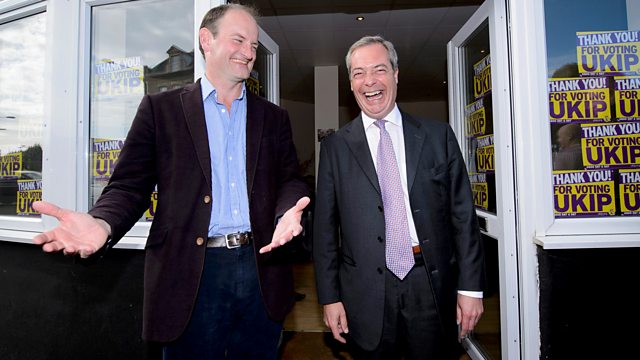 In-depth reporting and analysis, with Philippa Thomas. Can UKIP repeat their success in Clacton? Andy Hosken reports from Rochester. Plus Paul Moss on Turkey's mindset.

Can UKIP repeat their success in Clacton ? Andy Hosken reports from Rochester. Can UKIP learn from the mistakes of the SDP ? Lord Owen gives us his verdict. And we discuss whether British politics is really about to enter a new dimension.

Also tonight - Ankara finds itself facing 3 enemies: IS, the Kurds and Assad. Paul Moss in Ankara asks how that's affecting the Turkish state of mind.

A potentially game changing moment for people with diabetes. One of the Harvard team tells us about their research.

And - why the Australian version of Carmen has gone up in smoke.

In-depth reporting and analysis from a global perspective - with Philippa Thomas.