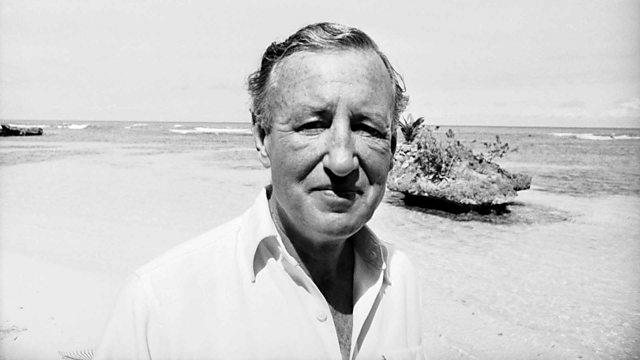 4 Extra Debut. Ian Fleming's account of his 1959 trip to the world's most exciting and exotic cities. Read by Simon Williams. From October 2014.

4 Extra Debut. In 1959, Ian Fleming, the creator of James Bond, was commissioned by the Sunday Times to explore some of the world's most exotic cities. Travelling to the Far East and then to America, he left the bright main streets for the back alleys, abandoning tourist sites in favour of underground haunts, and mingling with celebrities, gangsters and geishas. The result is a series of vivid snapshots of a mysterious, vanished world.

Fleming wote, 'On November 2nd, armed with a sheaf of visas...one suitcase...and my typewriter, I left humdrum London for the thrilling cities of the world. All my life I have been interested in adventure and abroad. I have enjoyed the frisson of leaving the wide, well-lit streets and venturing up back alleys in search of the hidden, authentic pulse of towns. It was perhaps this habit that turned me into a writer of thrillers.'

In today's episode, Fleming flies to Hong Kong - the most vivid and exciting city he had ever experienced. He enjoys a massage at the hands of an expert, and his senses are enchanted by the smells of the streets at night - from the 'exciting dash of sandalwood' in a joss-stick factory to the scent of frying onions and 'sweet perspiration'.

Produced by David Blount.
A Pier production for BBC Radio 4.