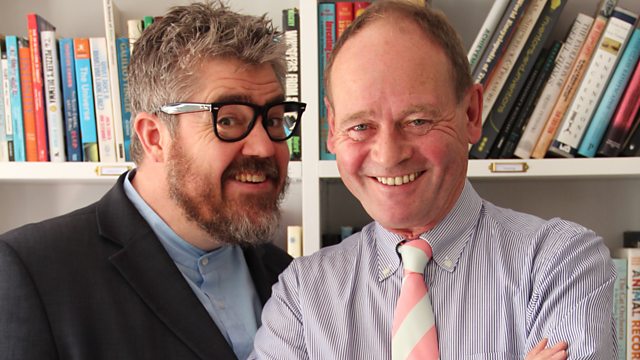 The Museum of Curiosity Series 7
Episode 1 of 6

With the space-obsessed star of Radio 4's It Is Rocket Science Helen Keen; the internet entrepreneur and founder of Wikipedia Jimmy Wales; and curator of the Natural History Museum of Rotterdam Kees Moeliker, who won an Ig Nobel Prize for his study of Homosexual Necrophilia in the Mallard Duck.

* A smuggling ring 27 kilometres in circumference
* Why the largest reference work in the history of civilisation has room for a list of sexually active popes
* How a sparrow became Holland's most famous martyr to TV Light Entertainment
* How invoking The Wand helped put Americans in space
* How Africa will be transformed by a £10 gadget.