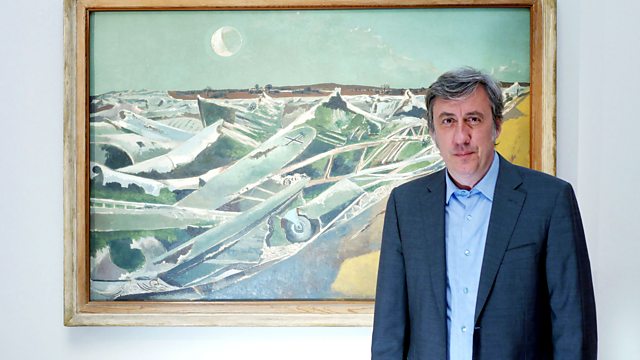 British Art at War: Bomberg, Sickert and Nash
Episode 3 of 3

Andrew Graham-Dixon tells the story of David Bomberg, the startlingly original British painter who died in obscurity over 50 years ago.

David Bomberg is now recognised as the most startlingly original British painter of his generation, but died in obscurity more than half a century ago.

A Jewish immigrant from London's east end, his early modernist works pushed art to its limits. Fighting at the Somme, David Bomberg watched the world splinter and fall apart just like the works of art he had created. Bomberg spent the rest of his life searching for order in an increasingly disordered world, and his wanderings took him as far as Palestine, before he settled at the end of his life in Ronda, Spain.

When he died in 1957, embattled and in poverty, he seemed to be no more than a footnote in the history of British art. However, the works that survive David Bomberg tell their own story. Combative and iconoclastic, he remains the most elusively original British painter of the 20th century.