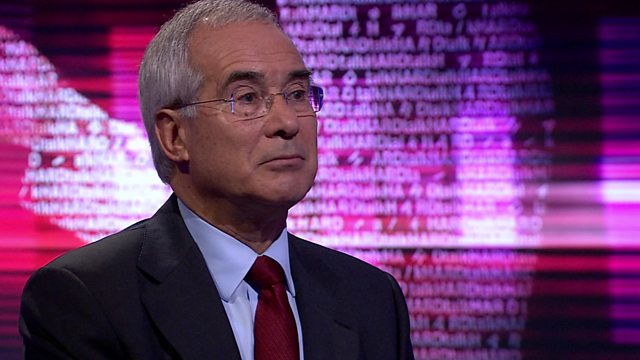 Zeinab Badawi speaks to the British climate economist Lord Nicholas Stern, who has just co-chaired a new report on the climate and economy - he says it is not an 'either-or' situation.

World leaders gathered at a UN climate summit in New York and pledged again to tackle global warming, but global greenhouse emissions have once again risen in 2014, partly because many politicians and citizens do not want more expensive renewable energy if it costs economic growth and prosperity. What evidence is there that we can have it both ways and are governments listening?