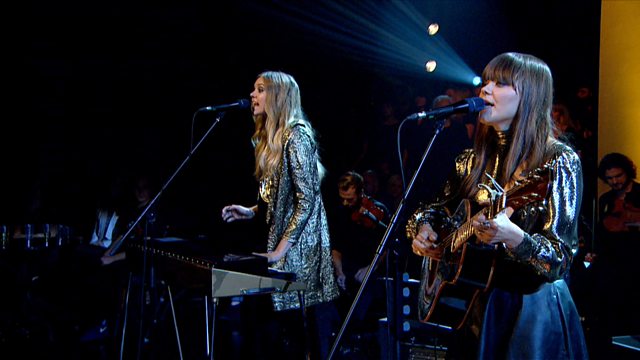 Joining Jools is New York's Mary J Blige who returns to the show for the fifth time to debut tracks from her forthcoming album, The London Sessions, which came about after she spent a month in the city working with recent collaborators Disclosure and Sam Smith, along with the likes of Naughty Boy and Emeli Sande.

Another homage to London comes from Marianne Faithfull who performs songs from her album Give My Love to London, which features co-writes with the likes of Nick Cave, Roger Waters and Anna Calvi, the last of whom joins Marianne on their song Falling Back.

Jools is also joined by GoGo Penguin, a trio from Manchester whose second album v2.0 has been described as 'jazz meets electronica' and was recently nominated for this year's Mercury Prize.

Joining Jools for a chat is actor, DJ and musical enthusiast Idris Elba, who talks about the album he's conceived and produced called Mi Mandela, which explores the music of South Africa he discovered whilst shooting The Long Walk to Freedom.