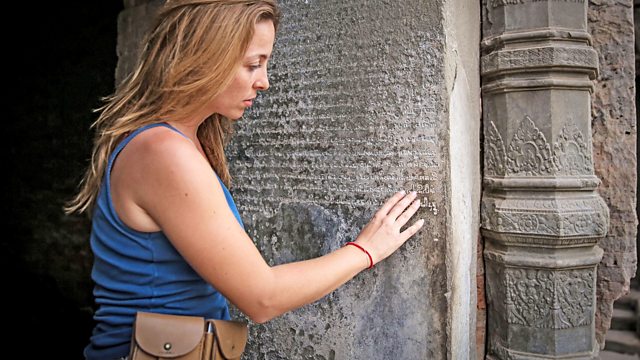 Documentary showing how revolutionary new imaging technology allows archaeologists to construct an accurate picture of the city of Angkor in Cambodia.

A thousand years ago, the Khmer people in Cambodia built a kingdom that stretched a million square kilometres. Its capital was the lost jungle city of Angkor, once the largest city on earth. At the heart of the city was Angkor Wat, a vast temple complex covering an area over four times larger than the Vatican City. Many other huge temples are scattered throughout the city. But little else remains - in the heat of the jungle most of the city has rotted away. The lives of the people who lived there largely remain a mystery.

But now a new scientific project is revealing the lost splendour of Angkor and shedding new light on its people. Revolutionary new imaging technology is allowing archaeologists to construct an accurate picture of the city of Angkor. It helps reveal how the Khmer went from being a group of subsistence rice farmers to building the greatest ever empire in south east Asia. And it also helps shed new light on the reasons for Angkor's mysterious collapse.

See all episodes from Jungle Atlantis