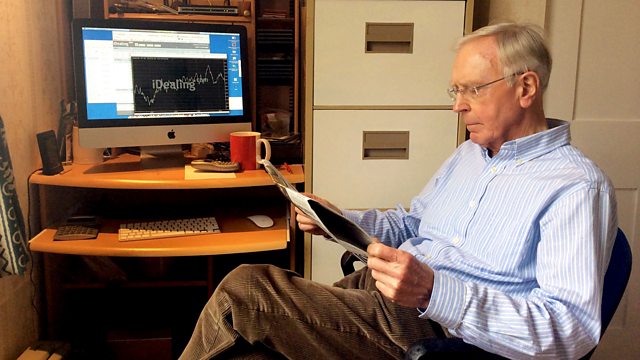 Traders: Millions by the Minute
Episode 2 of 2

Two-part documentary exploring the fiercely competitive world of financial traders. This episode features the British men and women who trade online, often from their own homes.

Introducing the new breed of trader - the British men and women who play the financial markets from their kitchens, sofas and bedrooms. Thanks to online trading technology, anyone with an internet connection and some cash to spare can attempt to reap the rich rewards that can come from trading. This documentary charts the real-time trading ups and downs, dreams and disappointments of a handful of Britain's 'retail traders'.

Mother-of-three Jane could hardly be less like the archetypal professional City trader. She squeezes currency trading in between the school run and her work as a nurse.

Justyn and Akil are ambitious young men from Birmingham, who are convinced that trading will be their ticket to lavish lifestyles.

Rene gave up a successful career as an antiques dealer for a new existence as a trader, and he is undeterred despite seven years of struggling to break even.

The home traders are united by a desire to take control of their lives and their own financial destinies. But the odds are stacked against them - 90% of retail traders will not make a consistent profit.

See all episodes from Traders: Millions by the Minute