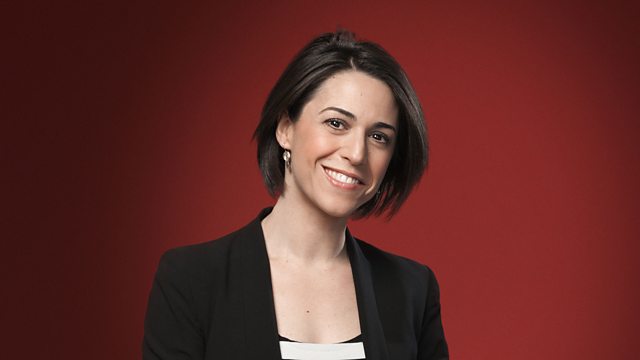 From the Maida Vale studios, Suzy Klein presents a live performance from the BBC Singers with Fretwork. Plus Ten Facts: Ten Pieces, focusing on Beethoven's Symphony No 5.

Suzy Klein takes In Tune to BBC Studios Maida Vale in London for the whole week. Featuring the BBC Singers, and players from the BBC Symphony Orchestra - whose home is the Maida Vale studios.

We start this week with a performance from the BBC Singers, who continue their 90th birthday celebrations with a collaboration with the Fretwork ensemble.

Also performing live is the Oxford Concert Party, who will be bringing their unique sound to Maida Vale ahead of a tour of Northumberland next week.

Plus Suzy presents Ten Facts: Ten Pieces, linked to the BBC's Ten Pieces project that aims to inspire a generation of children to get creative with classical music. Each day she offers a downloadable feature with ten quirky, entertaining and illuminating facts; today's work is Beethoven's Symphony No.5.

BBC Maida Vale in West London is a historic building, originally a roller-skating rink that was taken over by the BBC and converted into studios in the 1930s. It has been the home of the BBC Symphony Orchestra since that decade and also served as the centre of the BBC News operation during World War 2. The legendary Radiophonic Workshop (which composed the Dr Who theme) was based in the building. The Beatles recorded in Studio 5, and Studio 4 is where the Peel Sessions were recorded. Studio 3 was where Bing Crosby recorded his last session, in 1977. Listen out for surprise guests on In Tune this week, as the studios are still abuzz with musicians on a daily basis.