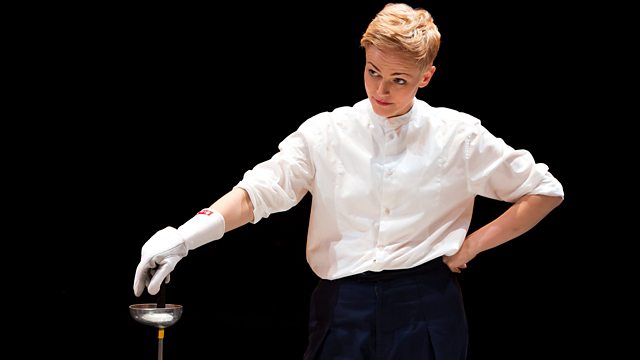 4 Extra Debut. Behind the scenes of Hamlet at Manchester’s Royal Exchange Theatre as Maxine Peake tackles the iconic character. From 2014.

Autumn 2014: The Royal Exchange Theatre in Manchester staged Shakespeare's Hamlet. Maxine Peake took on the iconic role in a production which saw her reunited with Artistic Director Sarah Frankcom, a year after their hugely successful version of Shelley's The Masque of Anarchy at the Manchester International Festival.

In this programme, we go behind the scenes and document Maxine's journey to playing the part of Hamlet. From research meetings to vocal sessions, from sword fight training to character preparation, we'll follow Maxine as she prepares to take on Shakespeare's most iconic work.

We hear from the director, the designer and other creatives about how they go about putting their unique stamp on the play, and create a Hamlet for Manchester, a Hamlet for 2014.