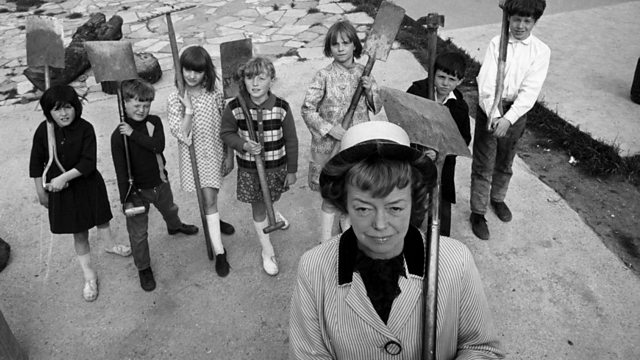 Sir Richard Eyre explores the life of one of the most influential British theatre directors of the 20th century. From September 2014.

"Such a woman might easily have been burned as a witch." Kenneth Tynan

When Sir Richard Eyre was head of the National Theatre he wrote to Joan Littlewood asking if he could put on a production of her masterpiece, Oh What a Lovely War. He got a postcard in reply. Something to this effect: Dear Richard...I don't know what you're doing in that building...you should blow it up.

To her core, Joan Littlewood was an anti-establishment figure. This programme illustrates her determination to create a theatre for everybody, touring villages and towns in Northern England for nearly a decade and then - when the company settled in East London - sending letters to the local trade unions to advertise the theatre to working people.

Did she succeed in attracting the audiences she wanted? Sir Richard Eyre gives his take on this question, along with Professor Nadine Holdsworth and critic Michael Billington.

The programme pieces together a selection of the best archive from Joan's career. The actors she trained - Victor Spinetti, Avis Bunnage, Brian Murphy - explain why working for Joan was different to working with other directors. Murray Melvin, still going strong and curating the archive at Stratford East, introduces us to the Theatre Royal where Joan directed her company for over 20 years.

Here at the Theatre Royal, Joan created the shows which made her name - Brendan Behan's The Hostage, Shalegh Delaney's A Taste of Honey, Frank Norman's Fings Ain't Wot They Used T'Be, and of course Oh What a Lovely War. The programme gives a taste of these shows and how they succeeded in being controversial, innovative, and entertaining at the same time.