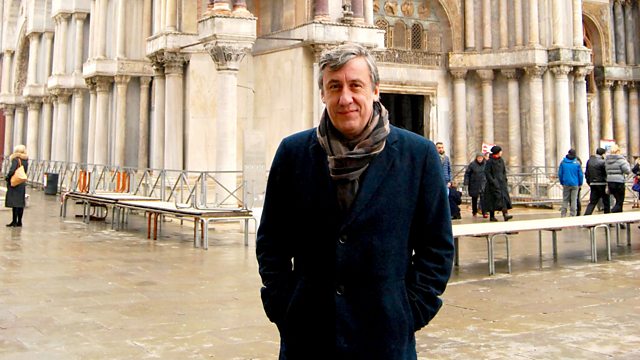 Paul Nash: The Ghosts of War

British Art at War: Bomberg, Sickert and Nash
Episode 1 of 3

Andrew Graham-Dixon tells the story of Paul Nash, who was scarred by the First World War and the ghosts of his experiences haunted his future work.

On 25th May 1917, war artist Paul Nash climbed out of his trench to sketch the battlefields of Flanders near Ypres. So focused was he on his work he tripped and fell back into the trench, breaking his ribs. Stretchered back to England, Nash missed his regiment going over the top at the Battle of Passchendaele. His regiment was wiped out.

Nash was scarred by the war and the ghosts of those experiences haunted his work throughout his life. A lover of nature, Nash became one of Britain's most original landscape artists, embracing modern Surrealism and ancient British history, though always tainted by his experiences during two world wars. A private yet charismatic man, he brought British landscape painting into the 20th century with his mixture of the personal and visionary, the beautiful and the shocking. An artist who saw the landscape as not just a world to paint, but a way into his heart and mind.