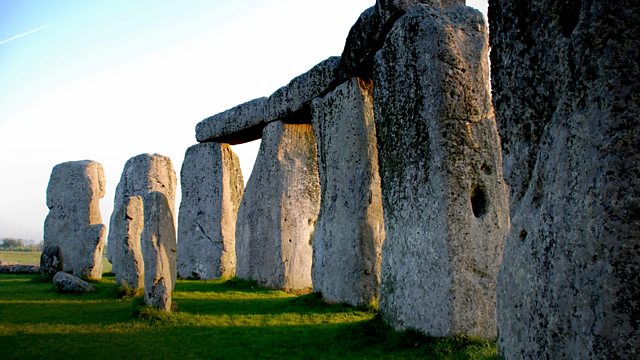 Operation Stonehenge: What Lies Beneath
Episode 2 of 2

Documentary. Part two of this mini-series focuses on the construction, design and significance of the stone circle itself and the ancient civilisation that flourished around it.

Operation Stonehenge follows a group of international archaeologists, led by the University of Birmingham and the Ludwig Boltzmann Institute in Vienna and supported by new research from English Heritage. Part two of this mini-series turns its focus to the construction, design and enduring significance of the iconic stone circle itself and the ancient civilisation that flourished around it.

Solving many of the mysteries of Stonehenge, revelations include the discovery of new monuments in the landscape, the most definitive understanding to date of how the monument looked in its heyday, the precise geometric mastery that dictated its design and solar alignment, and tantalising new evidence of how the megaliths were transported to the site and elaborately finished by skilled engineers and stonemasons.

Precise CGI reconstructions reveal not just an enigmatic circle of stones, but the crowning achievement and epicentre of a highly sophisticated civilisation that had mastered deep mining, international trade, precision engineering, intricate gold working and state-of-the art metallurgy, alongside complex astronomy and mathematics.

See all episodes from Operation Stonehenge: What Lies Beneath