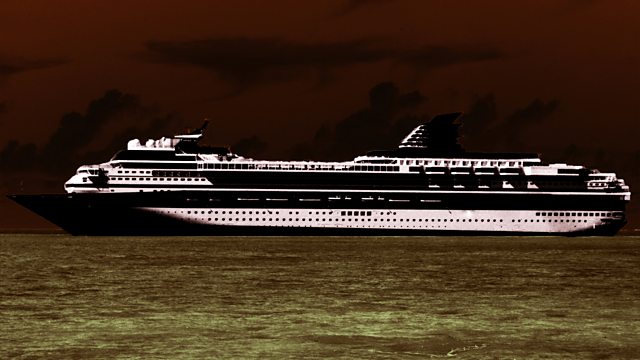 Drama about the end of the world, written and narrated by Peter Blegvad. With actors Harriet Walter and Guy Paul, plus music and sound by Langham Research Centre.

A radiophonic drama about the end of the world, witnessed from a liner adrift on a deserted ocean. Written and narrated by Peter Blegvad, Eschatology is a poetic exploration of the end of everything: of land where we take to ships, of radio contact when white noise fills the receiver; of individual sounds as they echo into space. Music and sound effects are composed and performed by Langham Research Centre (Felix Carey, Iain Chambers, Philip Tagney and Robert Worby), using vintage electronic instruments and tape machines. The last survivors are played by Harriet Walter and Guy Paul. Susan Rae delivers updates on the apocalypse as it spreads around the planet. Eschatology is a contemplative piece that encourages us to calmly consider how it would feel to witness the end of the world.

More than a Desert