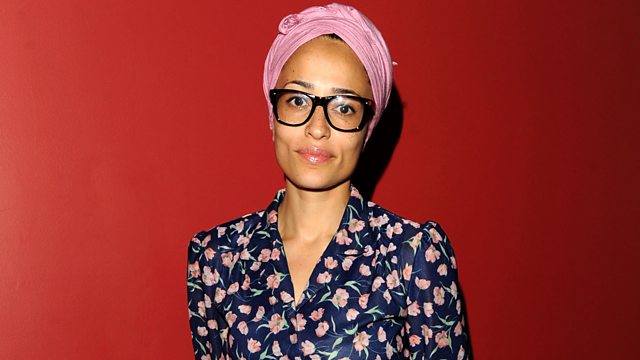 Zadie Smith, Ryan Adams, Exhibit B, The Art of the Brick

Zadie Smith discusses Miss Adele Amidst the Corsets, her shortlisted entry for the BBC National Short Story Award; Tom Dyckhoff reviews The Art of the Brick, a new exhibition of artworks built with Lego; musician Ryan Adams on the analogue joys of the typewriter and the tape recorder. And as last night's controversial art performance featuring black actors in a recreation of a "human zoo" is called off after protests at its opening night in London, John Wilson hears both sides of the argument.

What We Did on Our Holiday reviewed; Bernard Sumner; Lionel Shriver; Activism on Stage

The winner of the BBC National Short Story Award in partnership with booktrust will be announced on Tuesday 30 September 2014.

Ryan Adams is currently on tour (in the UK on 24 and 25 September), promoting his new album 'Ryan Adams', released on 9 September via PaxAmericana.