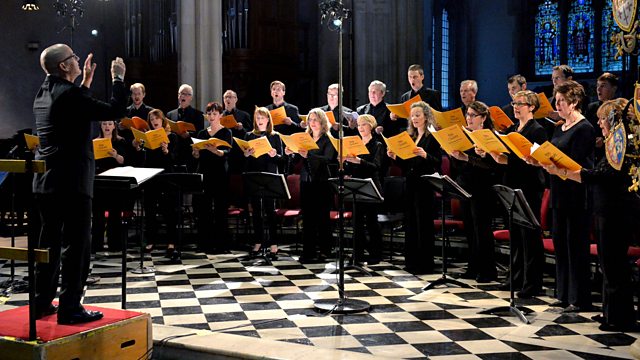 Marking their 90th anniversary, the BBC Singers give a live concert featuring performances of some of the many works premiered by them over the years.

Launching an evening of music-making on BBC Radio 3 to mark their 90th anniversary, the BBC Singers perform live in London in a concert featuring a selection of the many works premiered by them over the years.

On September 28 1924, the BBC Wireless Chorus were heard on the airwaves for the first time - the broadcast debut of the BBC's own professional choir. Ninety years on, the present-day descendants of that ensemble - known since the 1970s as the BBC Singers - mark their anniversary with an evening of music-making and talk, exploring the life and history of a broadcast performing group which can count itself amongst the longest-established of any in the world, which has commissioned and premiered many major choral works, and which has collaborated with some of the most important conductors and composers of our time. In this first concert tonight, the BBC Singers and three of their titled conductors perform a selection of pieces specially-written for them over the years - including a brand-new work by Paul Crabtree.