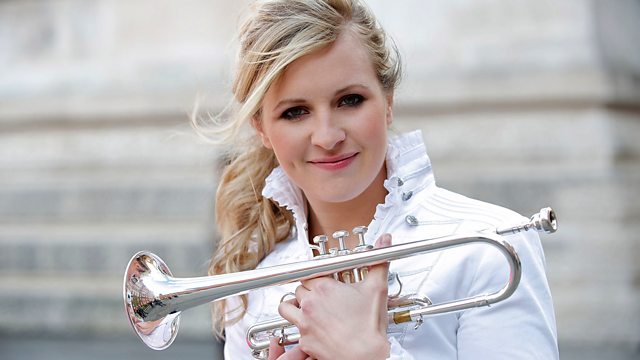 Alison Balsom is a solo trumpeter. Three-time Classical Brit award winner and Gramophone Artist of the Year, her big break came when she was a concerto finalist in the BBC Young Musician competition in 1998. Last year she appeared at the Globe Theatre, in Gabriel, showcasing the valveless trumpet and featuring the works of Purcell. She is embarking on a UK tour - The Trumpet Sings Tour - and releases a new album, Paris, on Warner Classics.

Louise Cordingly is the daughter of Eric Cordingly MBE who as a young chaplain was held as a prisoner of war in the Far East during World War Two. During his years of captivity he wrote a diary which he kept hidden from his captors. When he returned from the Far East in 1945 he worked as rector of Stevenage and chaplain to the Queen. In 1963 he was consecrated Bishop of Thetford. He died in 1976 but it was not until his wife's death 35 years later that his children discovered his papers and published the book, Down to Bedrock, which features his writings and drawings by fellow prisoners. Down to Bedrock is published by Art Angels.

Paul Merton is a comedian, actor and presenter. After making his stand-up debut at London's Comedy Store in 1982, he became a regular with the Comedy Store Players, an improvised comedy group, team captain on Have I Got News For You and a regular on BBC Radio 4's Just A Minute. He has also made several documentaries about early cinema, including Paul Merton's Birth of Hollywood. His autobiography, Only When I Laugh, is published by Ebury Press.