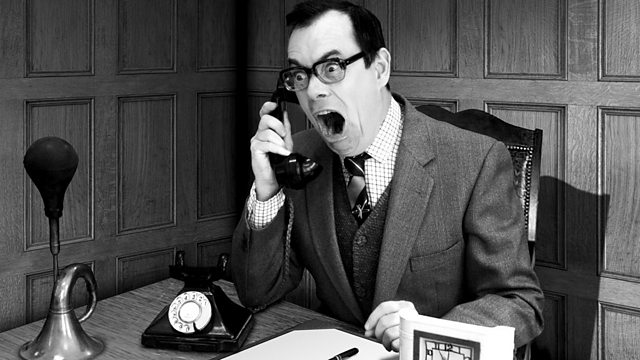 You May Know Me as Dudley

Kevin shapes some hedges, eats some cheese, annoys an alligator and plays an exciting round of Ten Man's Nancy. From September 2014.

Comedy's best kept secret ingredient returns with another series of his own sketch show. Sketches, characters, sound effects, bit of music, some messin' about, you know...

In this episode, we get to shape some hedges, eat some cheese, annoy an alligator and play an exciting round of Ten Man's Nancy.

Kevin Eldon is a comedy phenomenon. He's been in virtually every major comedy show in the last fifteen years, but not content with working with the likes of Chris Morris, Steve Coogan, Armando Iannucci, Harry Enfield and Paul Whitehouse, Stewart Lee, Julia Davis and Graham Linehan, he's finally decided to put together another run of his own comedy series for BBC Radio 4.

After all the waiting - Kevin Eldon Will See You Now...

Written by Kevin Eldon, with additional material by Jason Hazeley and Joel Morris (A Touch Of Cloth, That Mitchell and Webb Sound)

A Pozzitive production for BBC Radio 4.

See all episodes from Kevin Eldon Will See You Now