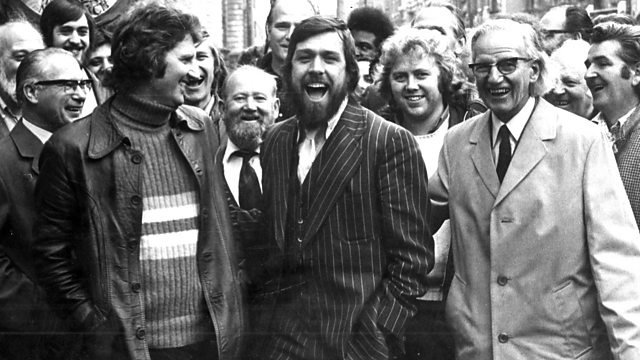 Ricky Tomlinson and playwright Neil Gore talk to John Wilson about United We Stand, BBC1's The Driver is reviewed, and writer Francesca Rhydderch on her short story award entry.

Ricky Tomlinson and playwright Neil Gore talk to John Wilson about United We Stand, a new play which looks at the controversial criminal prosecution that followed the 1972 national building workers' strike; Dreda Say Mitchell reviews The Driver, BBC1's new drama starring David Morrissey whose life takes an unexpected turn when he finds himself moonlighting for a criminal gang. Also on the programme, Francesca Rhydderch, who's been shortlisted for the BBC National Short Story Award, reveals the research she undertook for her entry, The Taxidermist's Daughter; and this week the German artist Anselm Kiefer, whose 40-year career wrestles with the darkness of Germany's history, has his first major UK retrospective. The exhibition's curator Kathleen Soriano discusses the themes and the monumental scale of Kiefer's work on show at the Royal Academy.

Zadie Smith, Ryan Adams, Exhibit B, The Art of the Brick

United We Stand opens at the Lantern Theatre in Liverpool on Wednesday 24 September, and tours the UK until Saturday 29 November 2014. The production will begin touring again in January.

The Driver begins tonight on BBC One at 9pm.

The winner of the BBC National Short Story Award in partnership with Booktrust will be announced on live on Front Row on Tuesday 30 September 2014.

Anselm Kiefer is showing at the Royal Academy in London from Saturday 27 September until Sunday 14 December 2014.

Image: Kathleen Soriano and John Wilson at the Anselm Kiefer exhibition in from of Morgenthau Plan, 2013 © Anselm Kiefer. Photograph by Jerome Weatherald