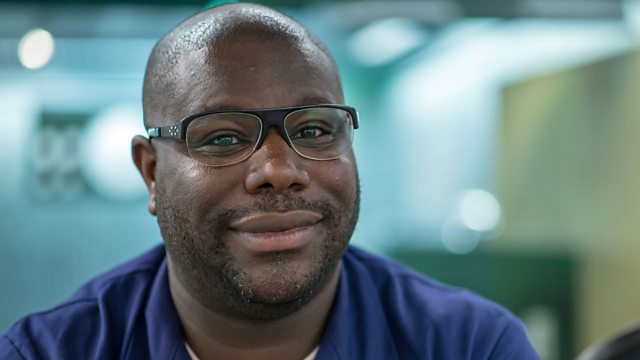 Kirsty Young's castaway is the artist and film-maker Steve McQueen.

Kirsty Young's castaway is the artist and director Steve McQueen.

These days his talents are well recognized - his art has won The Turner Prize and his most recent movie, "12 Years A Slave" scooped an Academy Award, a Bafta and a Golden Globe. He wasn't always as lauded: at school in West London he was "shoved to one side" in the belief that the best he could hope for was to earn a living as a manual labourer. Instead he portrays the extremes of what human beings put themselves and others through. Expression is where his heart lies - he describes it as "dancing with ghosts".

Along with reaching the top of two professions he has also managed to please the diverging demands of his parents - his father wanted him to get a trade, his mother urged him to do what he wanted.

He says, "I want to make films that are essential. We're all going to die and we haven't got a lot of time on this planet. Life goes very quickly, so we might as well make films people will go to see because they need it or want it."

See all clips from Steve McQueen (2)